I arrived near the Vatican at 5:30 in the morning where the line was already blocks and blocks long. The atmosphere is joyous and electric. I’m standing with a delegation from El Salvador who are just marvelous. As they were singing a song I have heard many times from our 10:30 Mass at St. Teresa’s, a woman just put her arms around me. She said she was moved by the Spirit!! So be it.

I have my ticket which I imagine is pretty useless. I’ll be standing until after noon when the mass will likely conclude. It’s all worth it. A priest standing near me was somehow involved in the miracle associated with Romero and he will be in the procession of the relics of each new saints. The Pope will wear a vestment worn by Pope Paul and the blood stained cincture that ties his alb underneath was worn by Romero when he was killed.

In this massive crowd, I just pray that everyone will be safe and the Celebration gives all a memory to be cherished. May we journey back home continuing to become the saints God wishes us to become. Every human being is a saint in the making 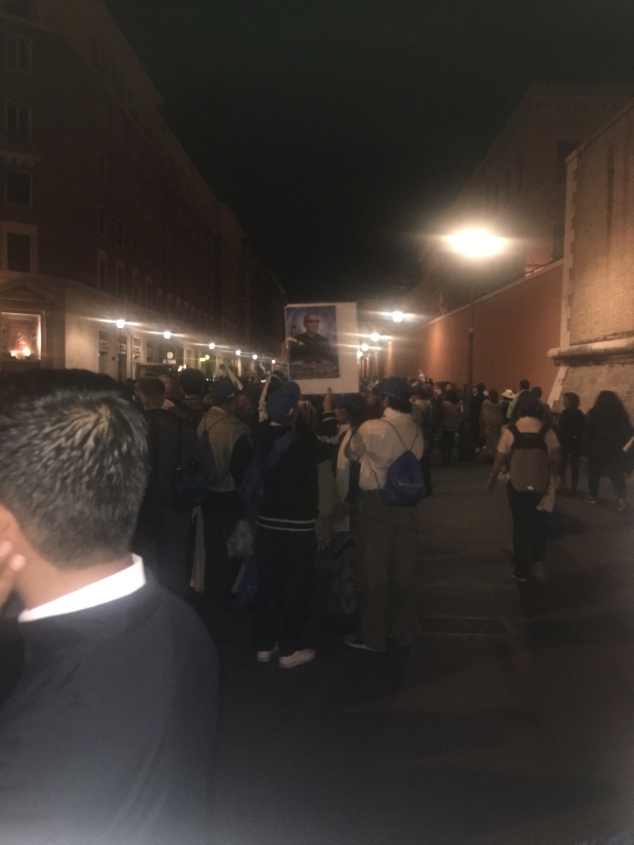