The day after celebrating the birth of Christ we celebrate the martyrdom of St. Stephen, Christianity’s first martyr. On December 28 we commemorate the slaughter of the Holy Innocents by King Herod…these little baby boys threatened his power,  since a “king” was prophesied to be born. Herod felt he had to make certain that this newborn king, whoever he was, would not usurp his Throne. Just to be safe, he ordered ALL newborn boys to be killed. And on December 29, we celebrate the feast of St. Thomas Becket,  who was killed in his cathedral at the orders of King Henry II in 1170. The King didn’t like the fact that Thomas kept challenging his authority in matters pertains to the Church.

Christmas week, the Octave of Christmas extending the Feast eight days, reminds us that the birth, life and teachings of Christ will always encounter opposition, some violent, given the commemorations celebrated. Pope Francisco just sent a message to the Church on this Feast of St. Stephen that Christians all over the world are being killed for their faith at alarming numbers. The Pope is calling us who can worship and believe freely to pray for these martys of our own time. The freedoms we have can make us immune to the millions of Christians being persecuted and killed because they believe in Christ. As the Pope clearly states, the teachings of Jesus and His gospel will always shed light on the dark abuses of power. These darknesses exist in our own country, particularly in how we want to secure our dominance on the world stage.

The Birth of Christ heralded “Peace on Earth,” a beautiful phrase sung in so many carols and songs. But this  “peace”will always come at a cost, sometimes a dire cost, because Christ’s Peace is rooted in the dignity of EVERY human being, from conception until death. There can be no peace without justice: for the poor, the immigrant, the refugee, the prisoner, the exploited, the unborn. For religion to be a means of bringing peace to the world, it can NEVER force or compel people to believe. NEVER. Christ extended His arms on the Cross, embracing the world in every age with mercy and non violence. Christ forgave those who killed Him; Stephen forgave those who stoned him. Forgiveness and Mercy bring a peace that is the balm the world so desperately needs. In our own lives, when we let go of vengeance and the need to control, when we forgive and show mercy, we not only bring peace to the world….we give birth to Christ in our own individual humanity. What a powerful Truth Christmas celebrates. 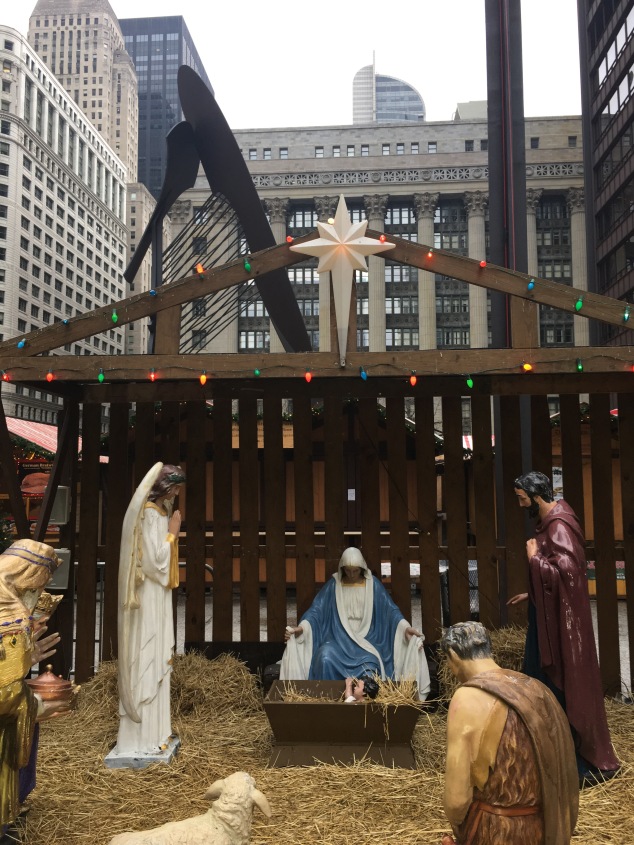